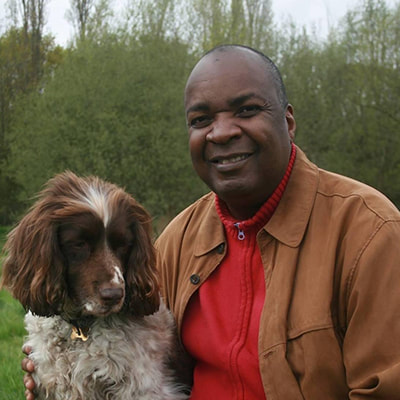 Things You May Not Know... But Probably Should
- a talk with Robert Alleyne

Join us for an in-depth seminar and questions with celebrity dog training expert, Robert Alleyne, where we discuss how to be a good dog owner.

Unfortunately, no dogs can be accommodated at the venue.
Itinerary to be sent out closer to the date.
Lots of opportunity to ask specific questions with issues you are facing as a dog owner.
Car share where possible is preferred but free parking opposite for those with cars.
ITINERARY:
About Robert
Socializing
Separation anxiety
Aggression
Dog-dog aggression
Diet
Resource guarding
Reactivity in and out of the home (to people and dogs)
Neutering
Questions

(Questions can be asked throughout the day and over lunch break)

Booking is not confirmed until payment has been made. Payments must be made to dogswalkthiswayrescue@mail.com via PayPal (using friends and family) with the reference "Robert Alleyne", or you can send via BACS using the bank details below:
Bank: NATWEST
Acc Name: Dogs Walk This Way R
Acc No: 94657149
Sort Code: 60-04-20
BOOK TICKET NOW

ABOUT ROBERT
​
After acquiring a puppy from Battersea Dogs & Cats Home in 1981, Robert Alleyne began attending dog training classes with him, and soon started working at competitive level obedience with both him and his next dog. He has run his own dog training classes since 1986. By 1994, Robert had won his way up to and including class ‘B’ before work commitments forced him to retire from competing.

Having spent some years studying the subject, Robert started working as a canine behavioural trainer in 1992, with the majority of his clients coming to me via veterinary referral, or from recommendations from previous clients. He's had a book published on the subject of dog behaviour and training, The Trouble-Free Dog, which was published in 2000, and had very positive reviews in The Times, The Telegraph, The Daily Mail and Dog Training Weekly. Robert is currently writing his highly anticipated second book.

In May 1990, Robert began working as an animal welfare officer for the London Borough of Lewisham, and continued there until January 2007, where he held the position of Senior Animal Welfare Officer. Dealing with all types of animals, ranging from escaped reptiles, to injured wildlife, to nuisance complaints, and of course – stray dogs, which was the services core function. This aspect of the job was obviously potentially very dangerous, so an ability to immediately assess a dogs’ attitude was essential, since stray or abandoned dogs could potentially turn aggressive. He left the service in 2006 to work full-time as a behavioural trainer.

​Robert has talked on many radio shows on the subject of dogs, as well as appearing on numerous television programmes. He was the behavioural trainer on the hugely successful BBC3 show Dog Borstal for all four series. Robert's also appeared on the BBC News, This Morning, Good Morning Britain and London Tonight, covering a variety of dog related subjects, and he's written articles for most of the major national dog related magazines, such as Our Dogs, Dogs Today, and Your Dog.
Booking is not confirmed until payment has been made. Payments must be made to dogswalkthiswayrescue@mail.com via PayPal (using friends and family) with the reference "Robert Alleyne", or you can send via BACS using the bank details below:
Bank: NATWEST
Acc Name: Dogs Walk This Way R
Acc No: 94657149
Sort Code: 60-04-20
BOOK TICKET NOW